A year later my right leg is splinted and I’m non-weight bearing due to a stress fracture in my foot.  Might as well type a few words about the WURL!  I’ve had a fascination with the WURL for a decade now. I did it once with Noah in 2013 and again with Tom and Lars in 2014.  Both times the focus was more on having a good time and just finishing. Both times were a fantastic day+ out in the Wasatch. At the time I think the idea of going fast for that long didn’t really compute.  I had read Nick Berry’s TR as well and Jared Campbell’s and figured those times were out of my league.

Over the next 6 years, I watched Adam Loomis, Luke Nelson, and Joey Campanelli continue to improve on the FKT.  Knowing Luke and Joey made me think a little more about giving it a go, but I don’t think I ever had any intention of really trying.  I still thought it was a just little too long for me.  At the start of 2020, Stacey kept talking about wanting to try to break her friend Alexis Crellin’s FKT.  I went and did an early season recon day with Stacey from Twins to Pole line pass.  From that day on, I was hooked.  We went home and wrote out Luke, Joey, and Alexis’s splits.  From there we talked WURL talk almost every day of the summer.  We ran every section of the WURL at least once trying to match the previous FKT splits.  I’m glad Joey and Luke have the GPS tracks online because it confirmed to me their adherence to the ridge.  There were a couple spots I didn’t think staying true to the ridge made sense but since Joey and Luke did it I figured I had to as well.  As it turns out, staying on the ridge makes travel a little easier anyway!

I had done the Cathedral Traverse with Alexis’s husband Brennan in the middle of August.  My plan was to get another long day in towards the end of August and then shoot for the WURL at the end of September.  Stacey had other plans.  She checked the weather and it looked like there was a cold front moving in the beginning of September.  Lows up high were in the 30’s with highs in the 60’s.  Seemed like a window that was too good to pass up.  We would also have about an hour of extra daylight (compared to late Sept) and a full moon!

I started Sept 1 at 4:28AM. Stacey started a few hours earlier.  There was a little rain the night before and with temps being in the low 30’s to upper 20’s I was worried about icy patches.  The plan was to pull the plug if we came upon any ice.  Fergeson went smoothly and the prior recon paid off.  Summitting E Twin in 2:15 had me feeling optimistic about the day.  The next two hours went perfectly.  I tried not to push too hard and felt like I was moving smoothly.  Summiting Monte Cristo I could see Stacey off in the distance.  We met up while descending off Superior and ran together to Pole Line Pass (4:32).  There, Noah was waiting with a fully load pack and some bagels.  We swapped packs, I ditched the cold weather clothes, and we were off within a minute or two.

Shortly after, Stacey and I parted ways as we both were executing as planned.  This is the one section I wish I would have brought poles.  I should have had Noah bring them and then I could have dropped them with Andy and Hidden peak.  Oh well, next time!  I was tired over this next section but made a few phone calls just to keep my mind occupied and for a little motivation.  Devils went smoothly but I was still feeling tired. While I was heading up Baldy I ran into Andy!  He was going to meet at Hidden Peak but met me a bit early.  The company was a game-changer. For the rest of the day I felt pretty good.  Maybe it was the company, may the new pack, maybe the soft flask of pickle juice!

Andy made me hit the Tram deck (7:45) and then escorted me to the base of AF Twins.  Hidden to the Pfeiff was uneventful.  I felt stronger than I did before Devil’s and thought I just need to keep moving and I’d be in for a fast time.  I continued to try and relax and not push too hard but not slow down.  Tom was meeting me just before the Pfeiff and I wasn’t sure if he was going to take me to Lone or not.  After giving me a fresh pack he took me to the summit of the Pfeiff (10:22) where he told me he was done for the day.  He had tweaked his knee trying to take the Lone Peak FKT from me the day before.  Trying.  Ha!

From there the name of the game stayed the same, move quickly but don’t push.  I felt like the only thing that could ruin my day at this point was a sprained ankle or cramping legs.  Luckily I had a big flask of pickle juice! Because of Joey and Luke, I hit the little bumps right before Bighorn.  Thanks for the beta guys! I hit Lone at 12:49 and was happy the remainder of the day was downhill.  Jared Inyoue had mentioned he might meet me at the Notch and take me out Bells.  When I got to the Notch I didn’t see anyone but thought I had heard voices down in Bells.  Once into Bells, I was greeted by 3 wild men (the brothers Jared, Sam, Aaron) loaded with food and drink!  They brought so much laughter and energy to the table I knew the day would end well as long as my legs didn't cramp up. Finding the trail was a breeze as I had done it twice in the last month.  We jogged and laughed all the way out as they fed me every 15 mins or so. We were met at the Bells TH by a group of friends and my day was officially over! 14:40.08 (the watched was locked and I didn't realize it for a few seconds...).  I had celebratory Wendy’s and a shower at Chad’s and then went back to wait for Stacey who came in shortly after in a new woman's FKT of 19:31!

A couple years late is better than never! On May 12, 2019, Tom Goth and I skied Mt. Rainier via the Ingraham direct in 3:24, car to car from Paradise. My love of Mt Rainier and my fascination with skiing it fast started a few years earlier when Andy and I made a couple attempts culminating in a 3:57 round trip effort back in 2013. Over the next 6 years, my focus on Randonnee racing was wisely traded for my love of skiing Wasatch powder! This led to a little drop in my race fitness but skiing powder was just so much fun!
2019 was a World Championship year and the allure of racing in Switzerland got me to focus again on the skinny skis in preparation.  After competing all winter it seemed like it was finally time to go back to Rainier and give it another honest effort. Luckily Tom is permastoked and was game from day one. We actually started the 2018-19 race season with the end of the season goal of giving Rainier a shot. Tom is amazing at a lot of different things but one of his best qualities is his ability to consistently train. Teaming up with him allowed me to steal some of that motivation and put in the work throughout the season to be ready for a real attempt. Two weeks before leaving for Rainier we went to Brighton to ski an up tempo 10,000’.  3:30 later we were back at the car, tired but not terribly so, and confident in our fitness. All we needed now were good conditions.
Driving out it looked like temps were going to be a little warm. I don’t remember the exact low at Paradise but I remember hoping it was going to be good enough for a light refreeze. We got a 6:20AM start and were happy with the conditions. The snow was a touch soft but it was good enough. We wanted to go conservatively hard up to Camp Muir and when we got there at 1:18 we were still feeling strong. I was stopped by a ranger asking to see our permit as we came through Muir. Luckily we had one!
Turning the corner and going through Ingraham Flats gave us our first view of the upper mountain. It was glorious! There was a perfect sidewalk in the snow leading straight to the summit. Just past the Flats we pulled skis and put on crampons. We enjoyed 3000’ of perfect booting with three ladders conveniently in place to cross short but deep crevasses. I kept looking at my watch wondering if the elevation was wrong. If we were really at 13,000’ in 2:15 we were going to be fast!
15 feet from the summit I started to get twinges of cramps. Good thing we were about to switch to skis! 2:45 at the summit and we knew we were rolling! Now we just had to make it down without any gear failures or catastrophes.
The upper mountain was rock hard but a little textured. We skied the first couple thousand feet cautiously but with purpose. Although we were tempted to ski over the first two crevasses we took skis off and walked. The three holes were close enough that a fall jumping one would probably end with us falling into the next! Once there was only one more crevasse to navigate Tom took the initiative and jumped it with skis on. Bastard. I had to follow so he wouldn’t leave me! From there it was smooth sailing down the Muir snowfield and we found ourselves back at the parking lot 3:24 after leaving it. It was before 10 and we were hungry. A quick photo and we were off to the Alexander Inn in Ashford for a continental breakfast and a shower! 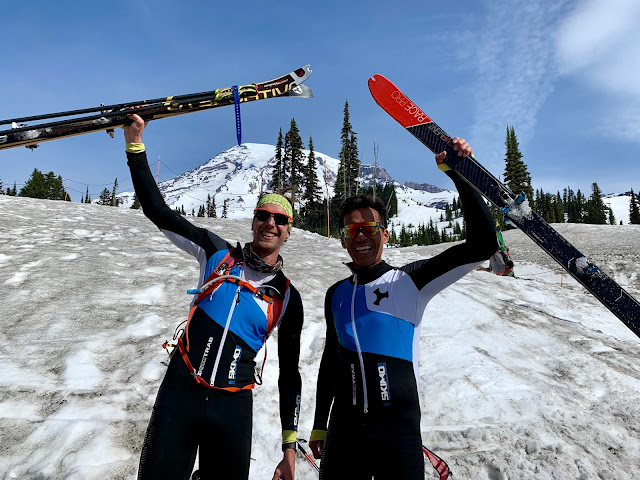 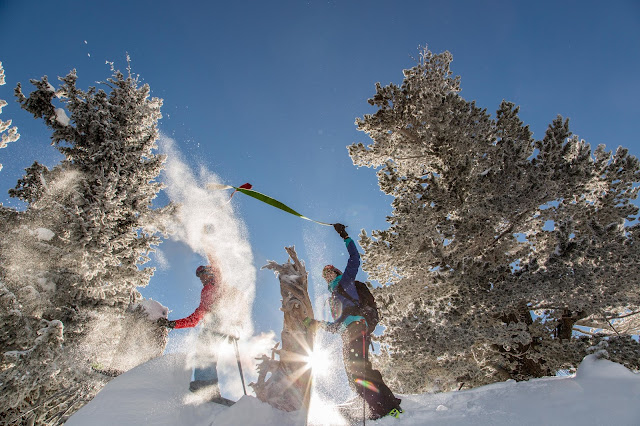 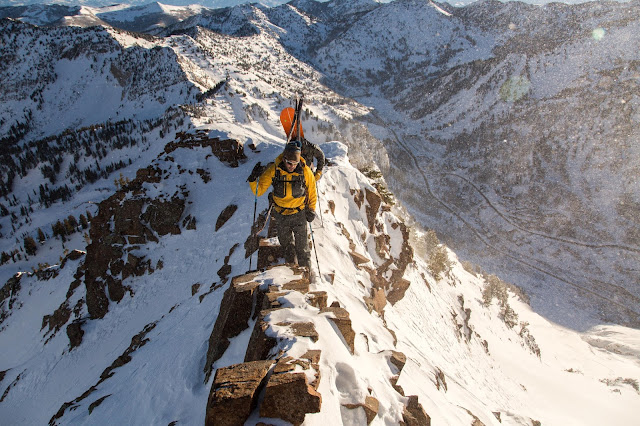 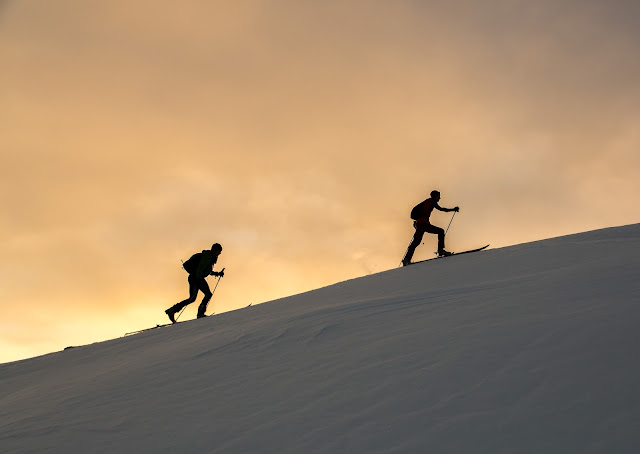 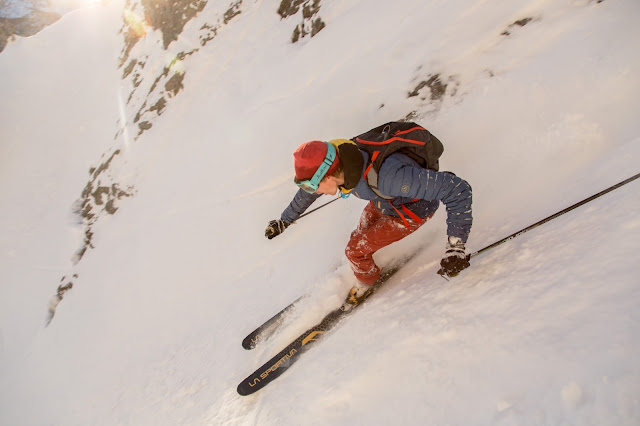 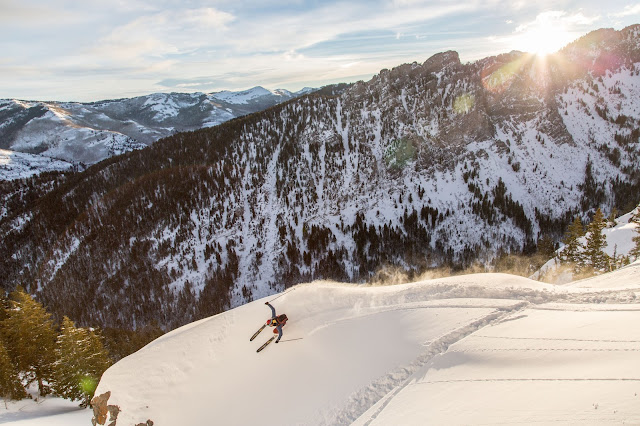 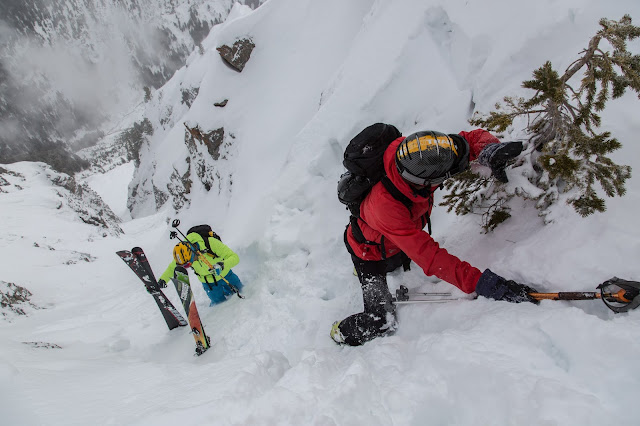 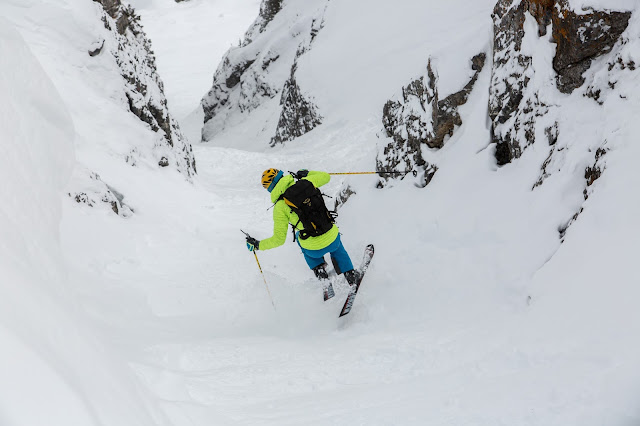 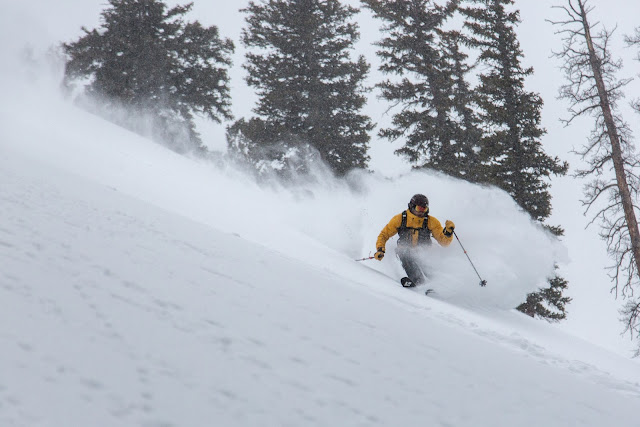 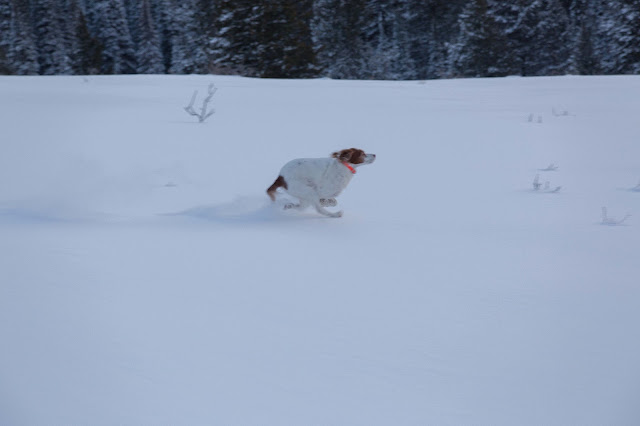 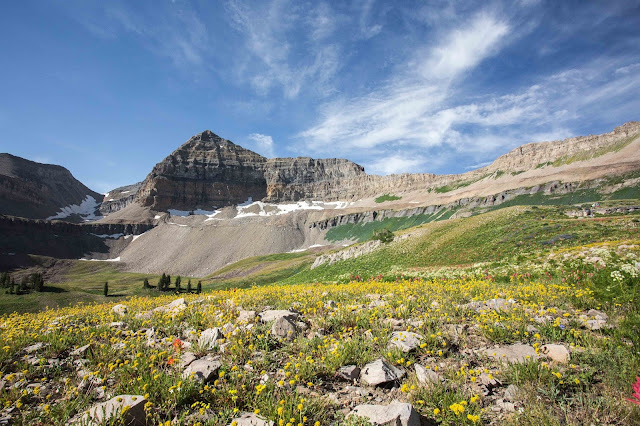 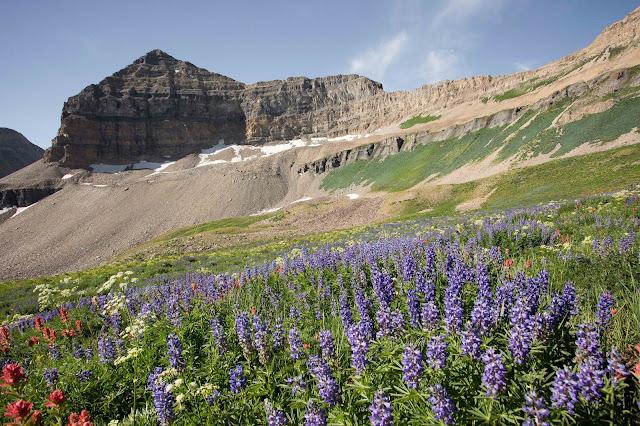 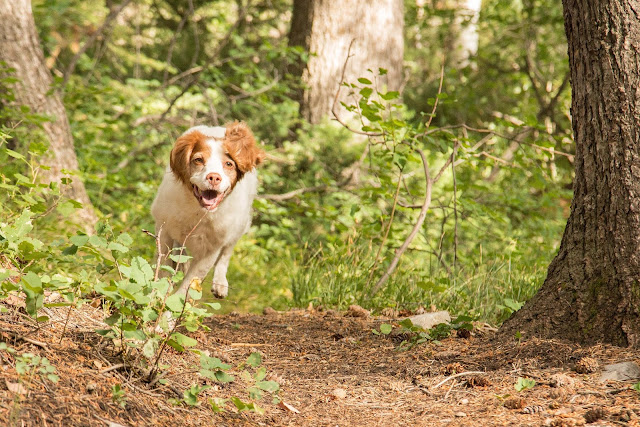 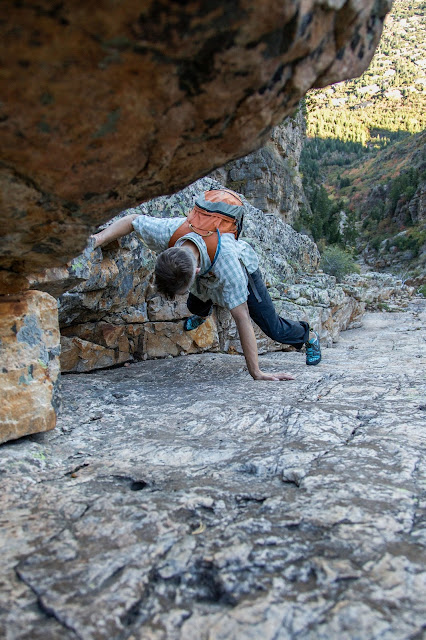 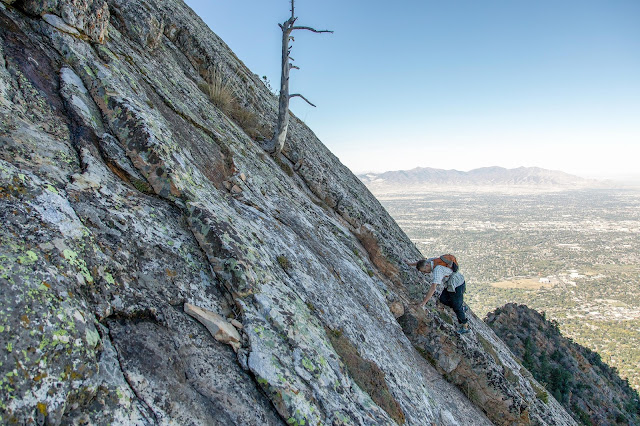 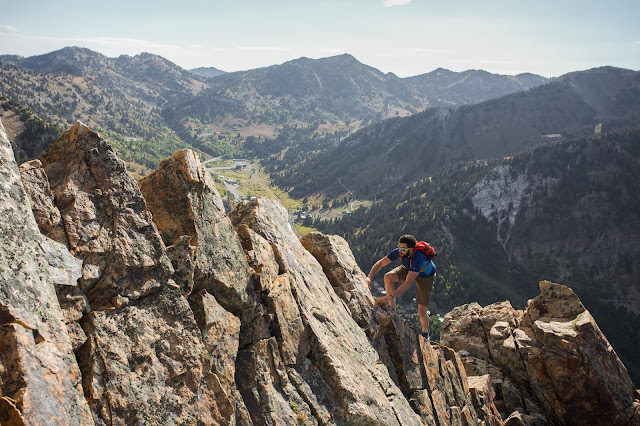 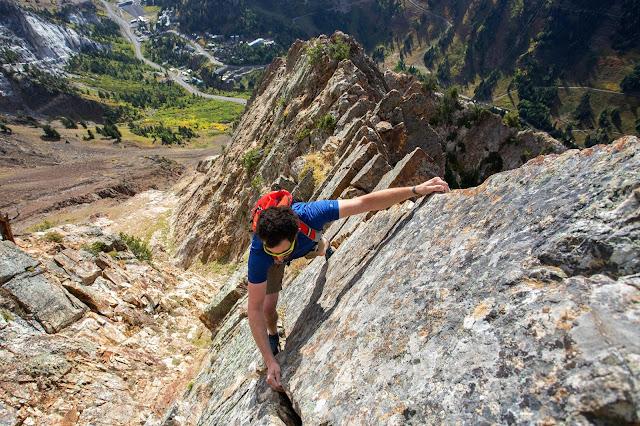 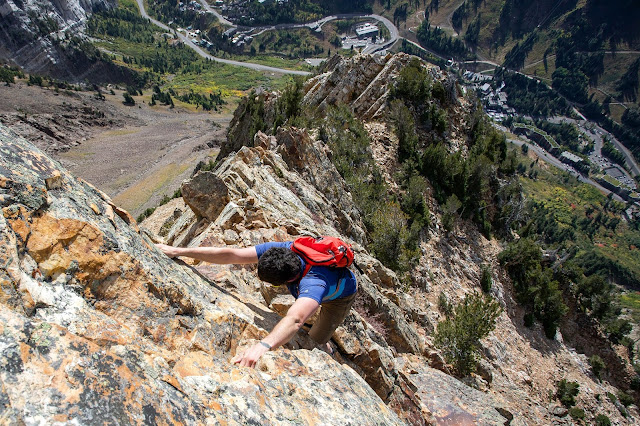 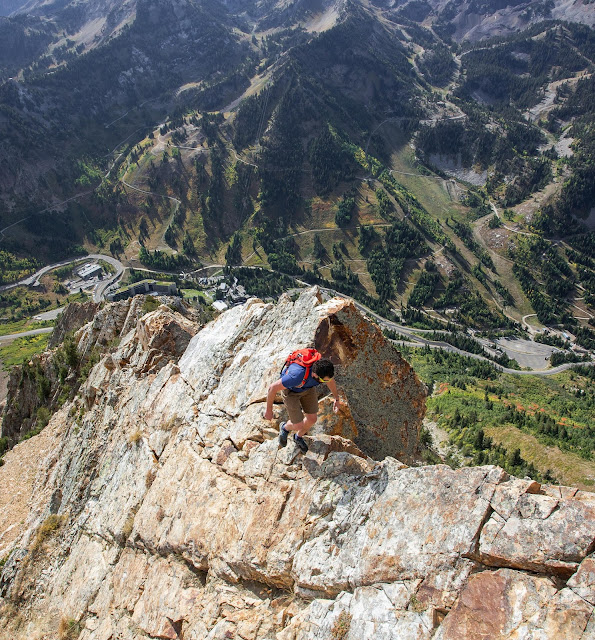 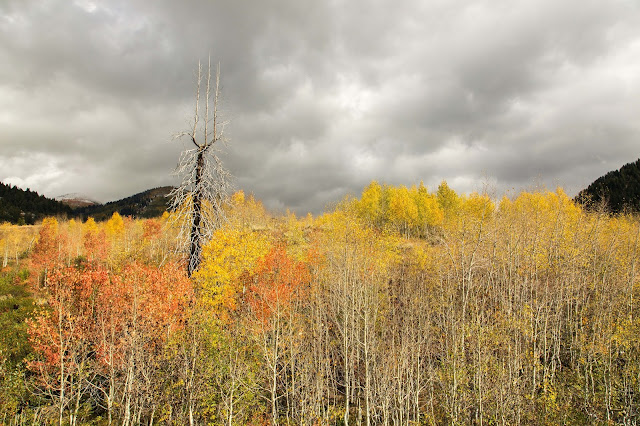 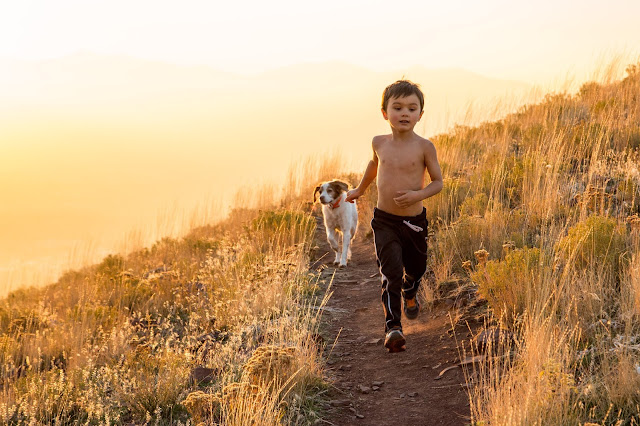 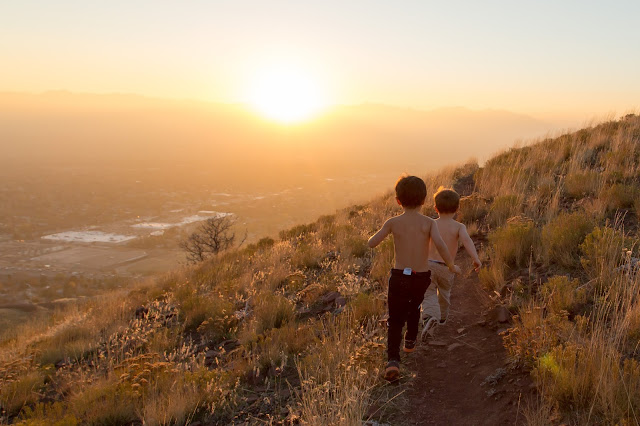 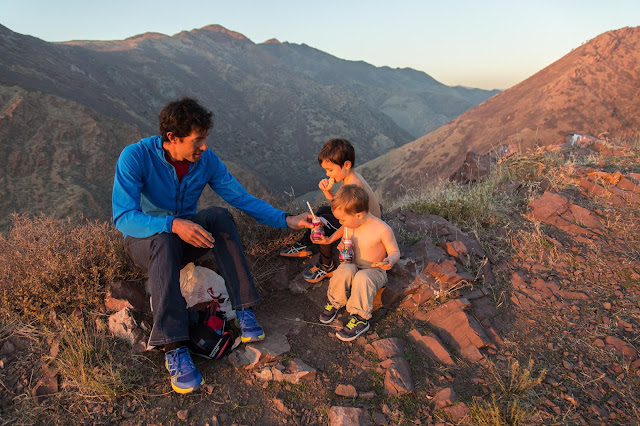 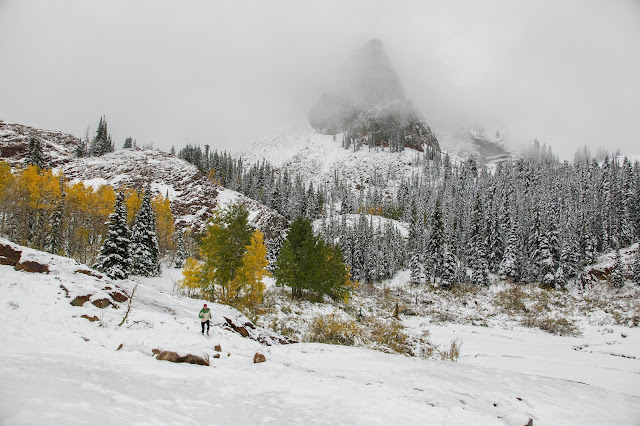