The plan was to climb the North Ridge of the Pfeif and then ski either out one of the north facing shots or head south to Box Elder.  When in doubt, head north, right?
The climb was easy but pretty fun.  For some reason Andy and I were both loving easy rock moves with ski boots and crampons on.

We had to climb through part of the NE face on the way up. It looked pretty fun so we decided to give it a go.  Not sure where the proper line was, we did a little bit of exploring (getting lost).  Andy and I both took a turn looking for a "piton" anchor.  Never found it.
We were scared of a little wind slab so we skied belayed above the rap.
After the NE we were so close to the North Couloir (which we put a booter in earlier that day) we just couldn't say no. 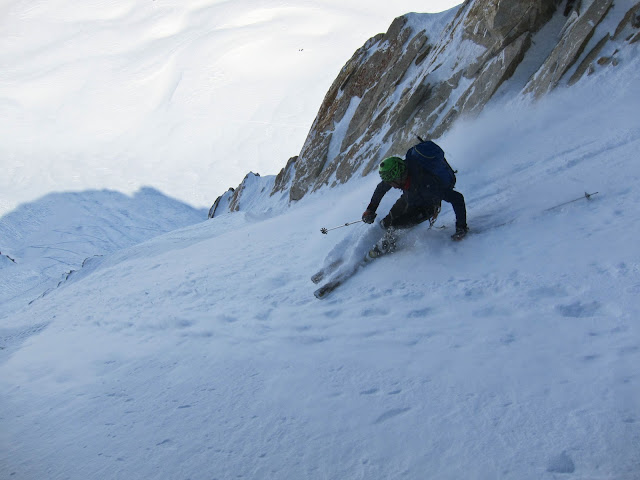 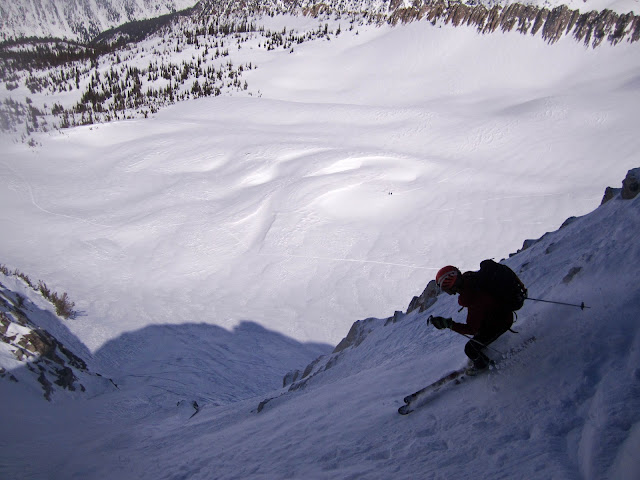