The Vertical Race felt like the Tour de France.  It started about 500' below Verbier, went through the town on a path of snow that was plowed into the street, and then headed up the resort and ended 2700' above the start.  As always the pace started hot and then field strung out quickly.  Hard to say what happened in the throughout the race since I only caught 2 spot but it's safe to say everyone suffered.  Killian Jornet dominated the field with a 40 second win.  Eric Carter was the first American to finish in 39th place.  Rory Kelly was close behind in 40th. Complete results here: 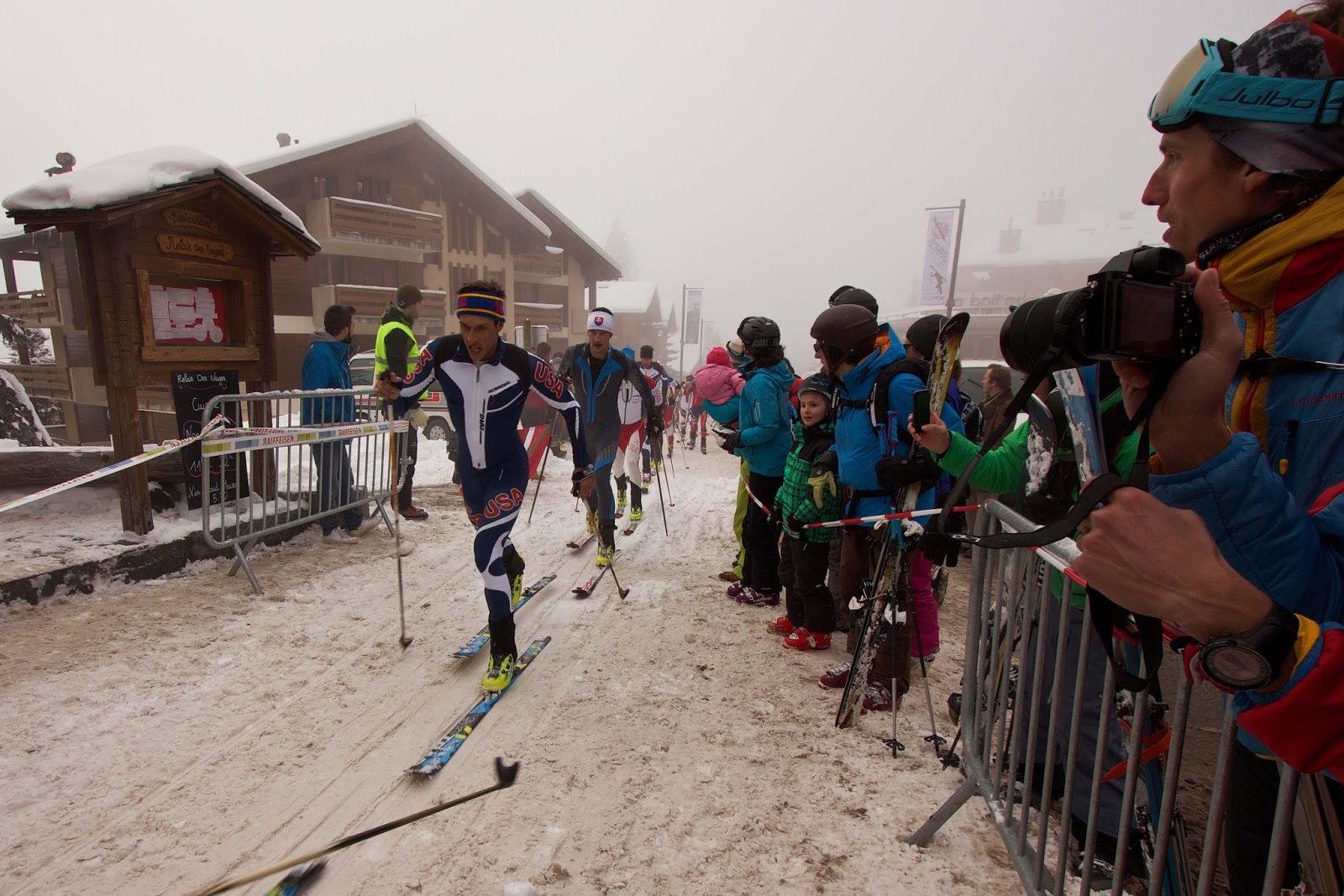 Before the Vertical Race started,  Andy, Teague, Simmons, and I were able to get out for a little ski.  We were at the train station at 7AM waiting for the 7:10 train when we realized the first train on the weekend isn't until 8:24.  While wondering aimlessly through the streets of Martingy we were approached by a local who asked what we were doing.  He showed us a local coffee shop and then said, "don't go there, you should come to my house instead."  How do you turn that down? 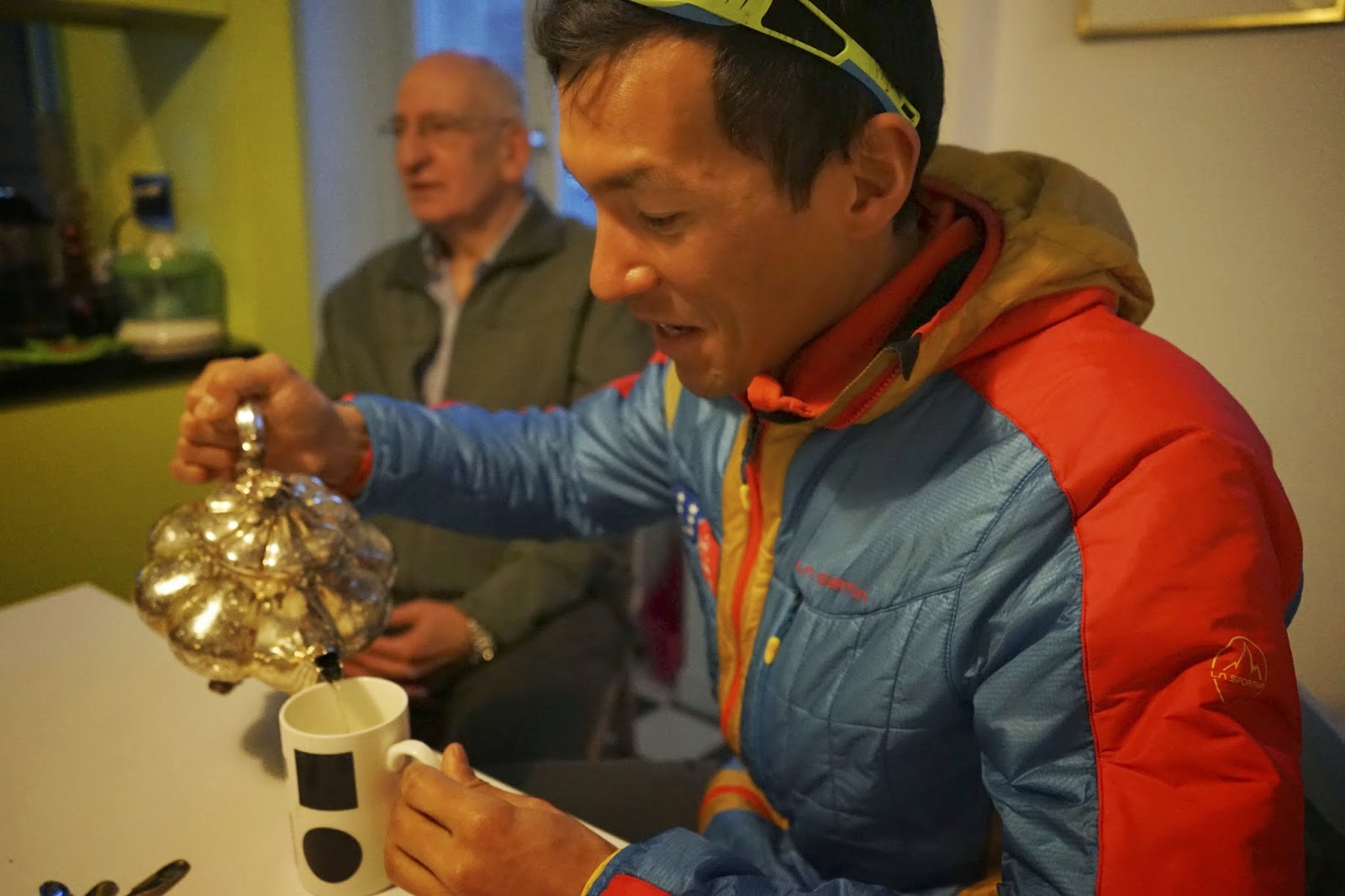 Turns out he was the two time former president of Switzerland, Pascal Couchepin. We sipped on tea and listened to stories about Vladimir Putin, Clinton, and Romney before we headed back to our train.  Initially we were bummed about getting up an hour early but it turned out to be quite memorable.

The Verbier resort is kind of ridiculous.  We got on a lift in the town of Chable at roughly 2600' and ended up on top of Mt Fort at almost 11,000'  From there we dropped off the back side of the resort and found ourselves in the middle of the Swiss Alps.  We keep the terrain mellow and head to the top of Rosa Blanche.  From there you could see the Matterhorn along with endless other peaks that made Utah look small.
After Rosa Blanche we skied several miles down Valley until we hit another resort and took yet another lift back to Verbier where we found untracked powder about a week after the last storm.