I have probably skied over a 100 days in "Colorful Colorado" but last Saturday I consider my first and only real line/descent here in beautiful CO (so far). Not that it was that "epic" or a super long/intense line, but it was definitely more secluded, beautiful, and adventurous that what I have done here previously.

So I met Chris and Alex at Chris's apartment at 4 am which meant a 3:19 wake up for me. After a brief detour to pick up some forgotten skins (it's always the skins), we made it to Bear Lake trailhead in RMNP around 6 am.( JD this is the same trailhead we left from to do Spearhead when Sherpa ditched us). Anyway, the snow pack was still all the way to the parking lot so we were off skinning a little after 6 am. We arrived at the apron of the couloir a couple hours later. 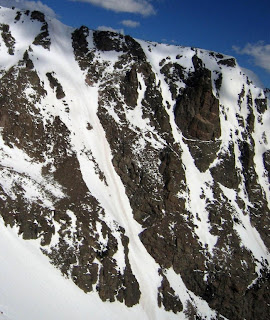 Crossing/ traversing the apron proved to be a bit treacherous. Alex who was using a split board had a bit of trouble securing an edge while traversing and ended up sliding and crashing into a rock field about 100 feet below.  Luckily she was not seriously injured and proved to be a real trooper as she took a little break and then ended up climbing and descending the couloir! I was excited to finally get the opportunity to use my new crampons for the first time (thanks McPoyles). The booting up was mixed between soft enough snow to be able to kick steps and hard ice mix where we were only on the front points of our crampons. The snow was definitly pretty icy, but it did soften up slightly to allow for some more solid/stable turns. I think the actual Couloir was only about 1200 feet but averaged 45 degrees, which makes it a lot of fun.

To conclude my first  amazing blog post, it definitely felt great to escape the side and slackcounty in CO and go a bit further back. My only real problem is I can't stop thinking about doing it again...

Here are some pics: 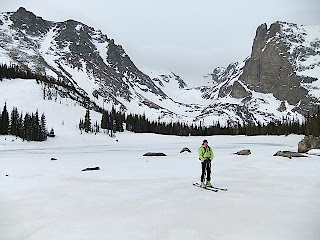 Me posing beautifully in front of Notchtop 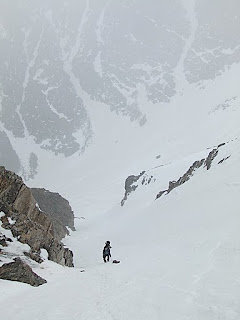 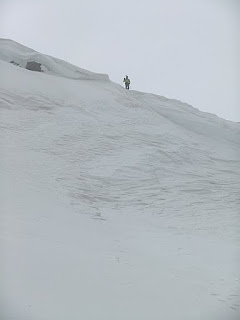 The Viking standing on the top 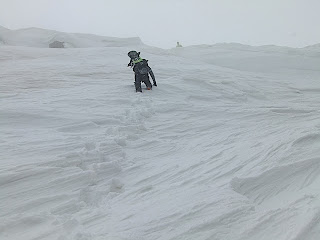 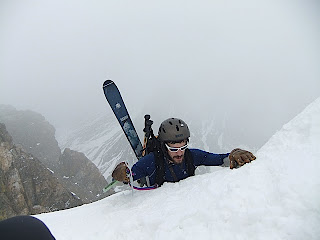 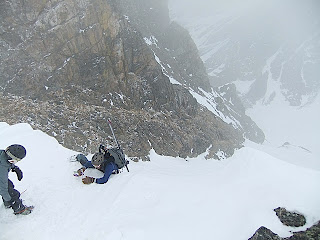 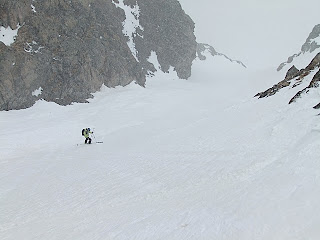 The Viking waiting towards the bottom of the couloir 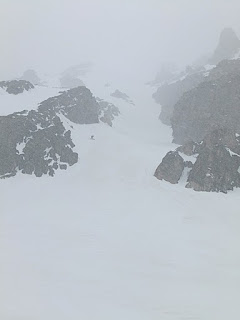 As the clouds rolled in we were just exiting
Posted by Jason at 9:50 AM