We returned to SLC after the Trifecta at about 8PM on Wednesday.  I think it's safe to say we were all pretty blown after staying up all night to ski icy lines in the dark.  I had work off until Sunday and was looking forward to sleeping in for the next couple days, eating too much, and going to a couple matinees.  The only thing keeping me from a few days of leisure was an mental image of a faint set of tracks heading south off the summit of the South Teton.  Tuesday evening we were on the South in nice evening light and these tracks were beautiful.  You could barely see them but we assumed they were heading to the Amora Vida, a line that I've held in high esteem ever since reading about Steve Romeo's adventures in it.

I think Andy must have had the same mental image because we both started talking about going back.  I wanted to spend time with my wife and I'm sure he wanted to spend time with his family so we tried to come up with a plan that would only have us gone for a morning (and maybe an afternoon).  We knew the skinner and booter were in most of the way and on Tuesday it had taken us three and a half hours to summit. We figured this time we could move the same speed if not a little quicker.  4 1/2 hour drive, 3 hours up, 2 hours down, 4 1/2 hour drive back, it'd be easy.  We'd leave at 3AM and be home by dinner.

Amazingly, our day worked out almost exactly as planned.  The 3AM start was pushed back to 3:45 and the drive to and from the park took a touch longer than expected. Other than that, our timeline was perfect.  We summited around noon and the upper south face was still dry.  As we worked our way down the snow became progressively wetter but not too wet.  We swapped leads and enjoyed the  sun, the good snow, and most of all, the effortless decision making that comes from years of skiing and climbing together.   It seems like more often than not a day in the mountains doesn't end up exactly as expected, but when it does... 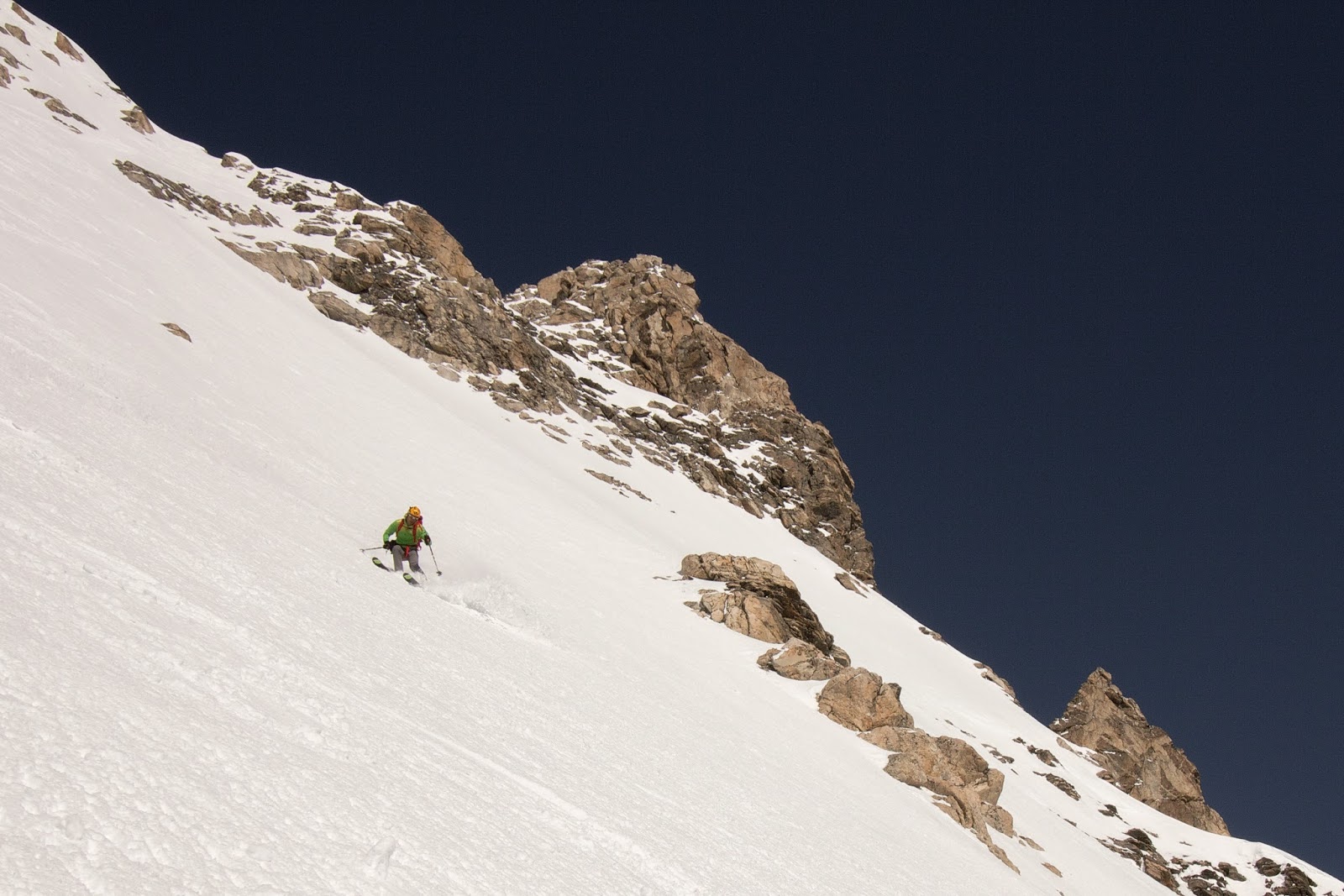