Nebo's the highest peak in the Wasatch but for some reason I've tended to neglected her.  Maybe it's the extra few minutes in the car that keeps me away.  Who knows?  Last Saturday we were trying to decided where to ski when Lars suggested Nebo.  He thought the storm totals might be a little less than the SLC mountains and hoped that the wind hadn't wreaked havoc like they did around here.  He was right.

Tom rallied his 4Runner to about 7400' on the loose, rocked filled, dirt road from the Mona side which only left us a quarter mile of walking before we were able to skin.  From there we found consolidated powder which made trail breaking a breeze.  We were on the summit just over two hours after we left the car and knew Nebo was the right call for the day.

We proceeded to ski the Champagne, traverse over to the NW, skin it, and then ski it.  The summit and the ridges were getting blasted by wind but we were pleasantly surprised with the stillness we found just a couple hundred feet down.  It seemed like the majority of both the Champagne and the NW were mostly unaffected by wind.  The skiing was MUCH better than we could have hoped for - just good consistent snow all day long.  For the warmest and driest winter on record there certainly has been an abundance of amazing skiing to be had! 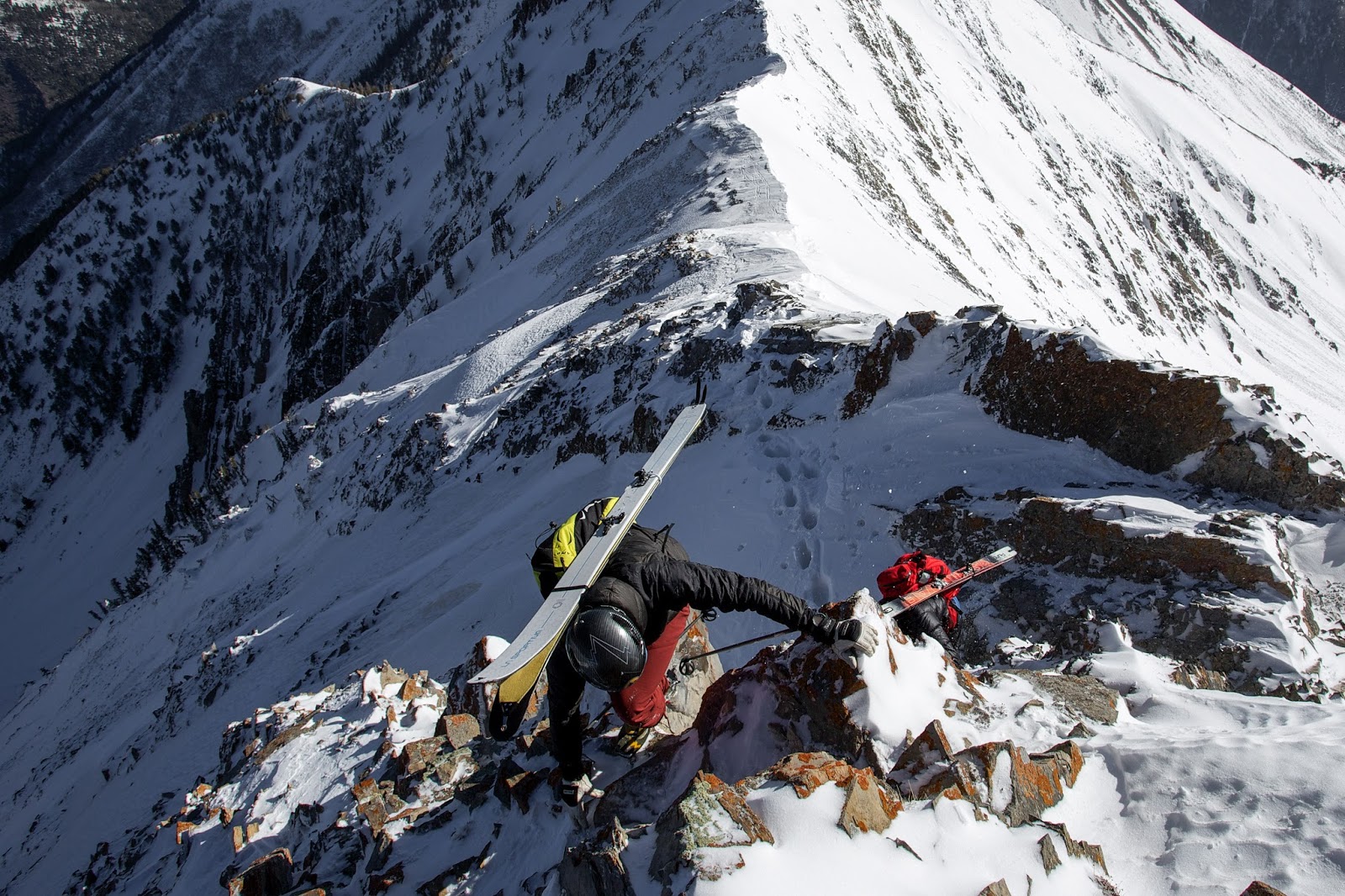 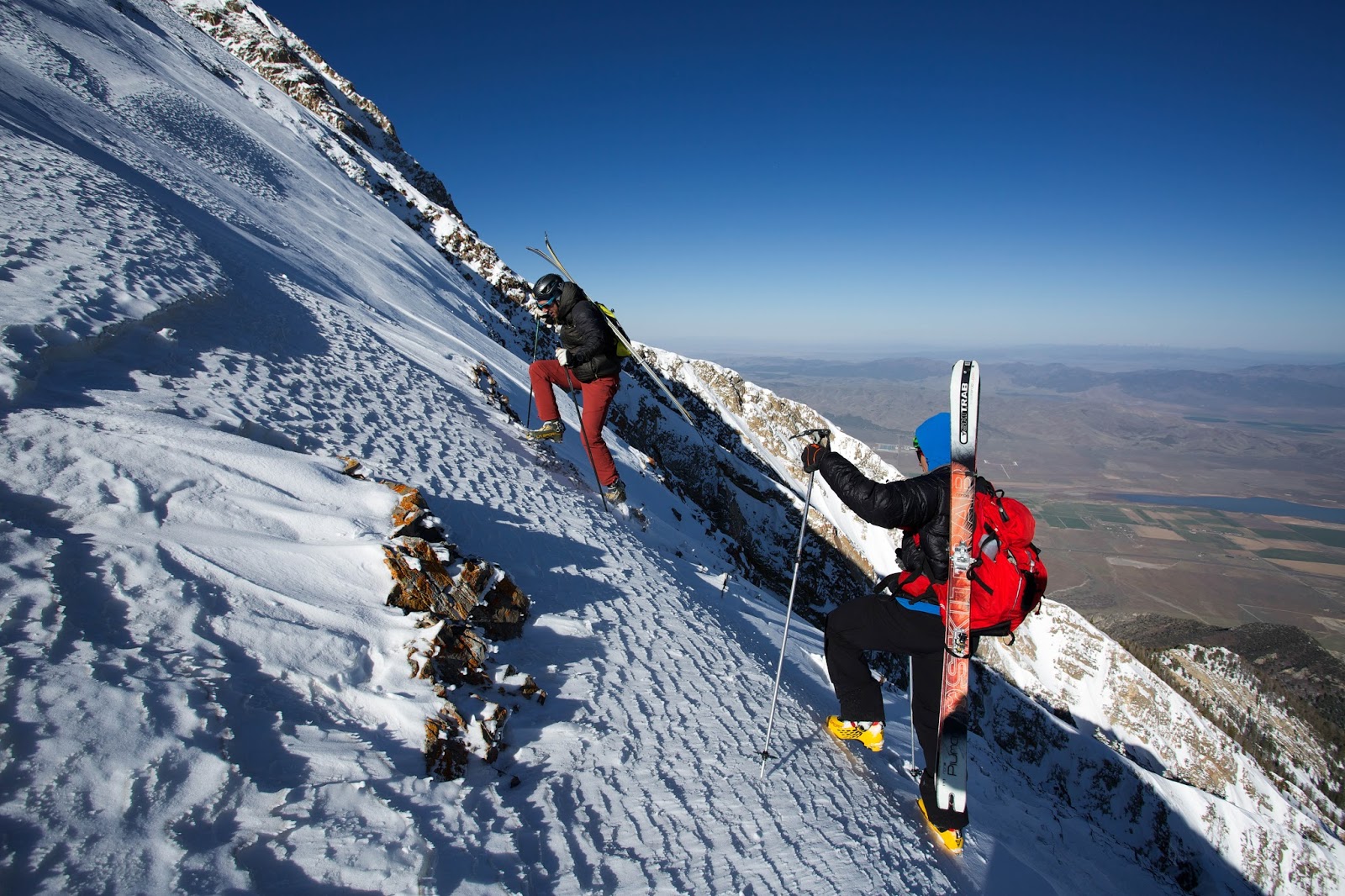 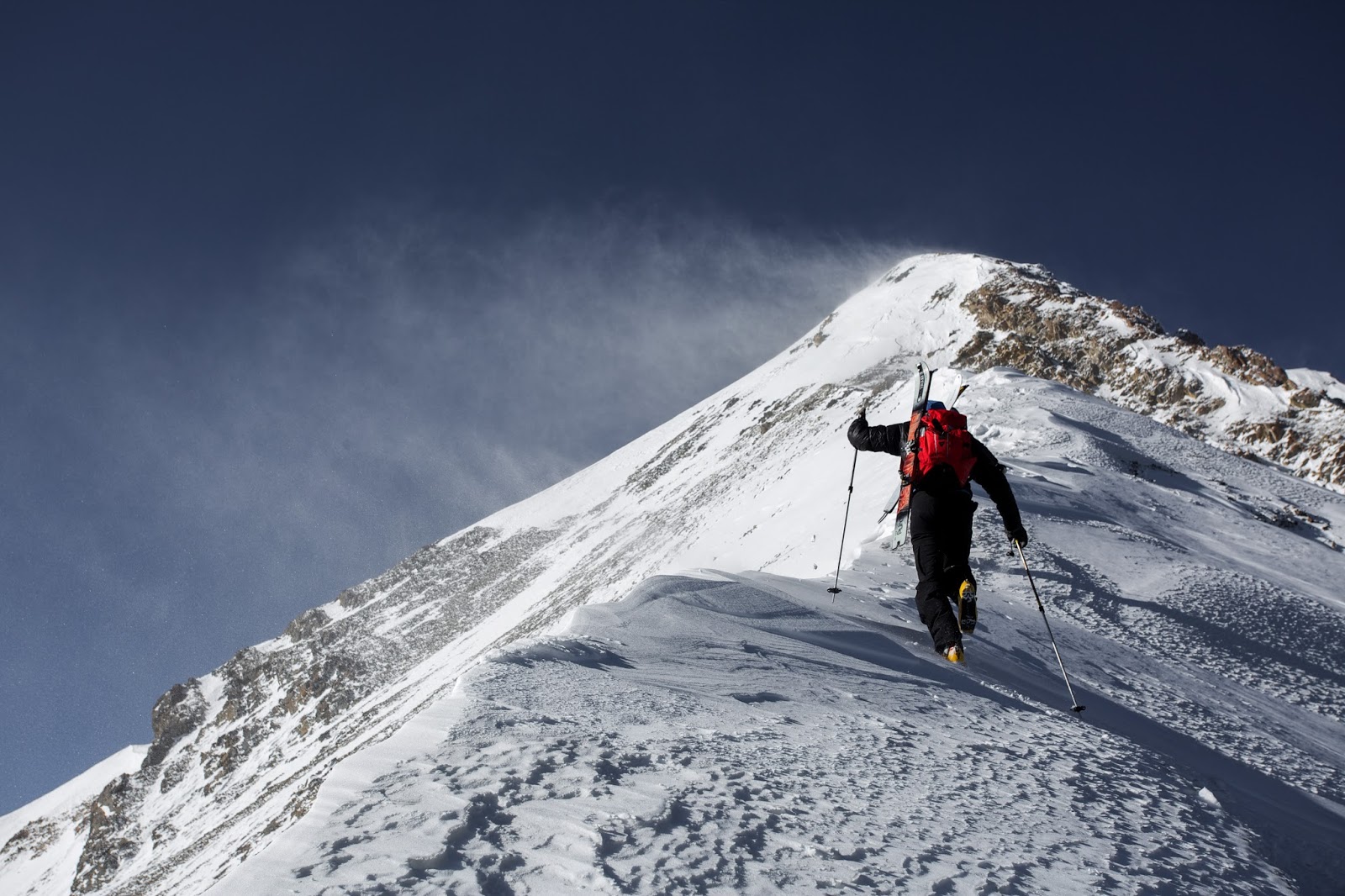