Chris and John told us we could drive around the road closed signs heading up to Whitney Portal.  Glad we did, saved a fair amount of road walking.  6:00 start had us skiining through some brush as the sun was going CRAZY. 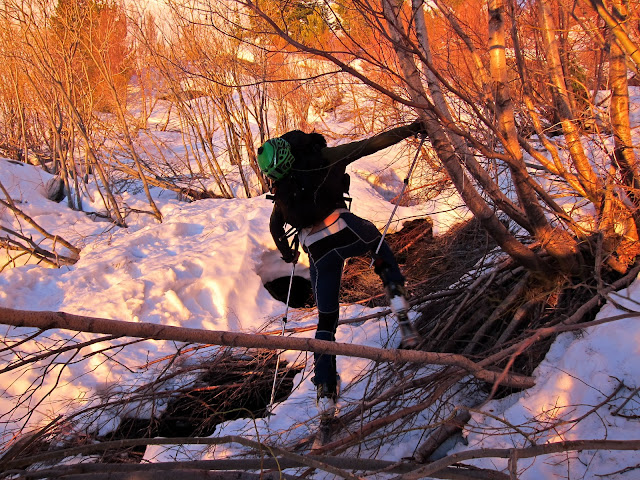 From there it was an easy skin on fast snow to the base of the Mountaineer's route. 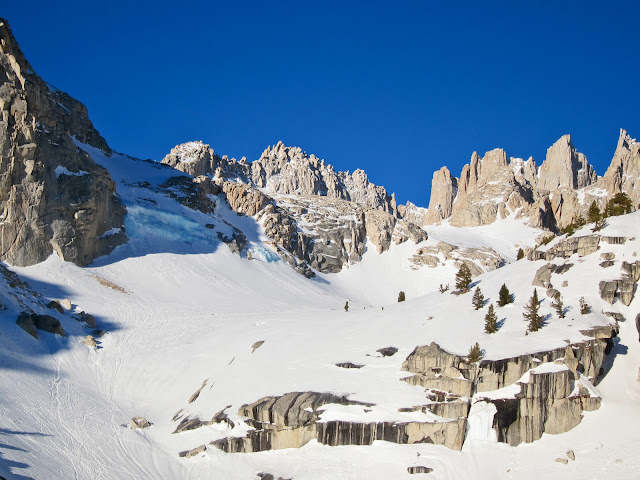 Rugged place up there. 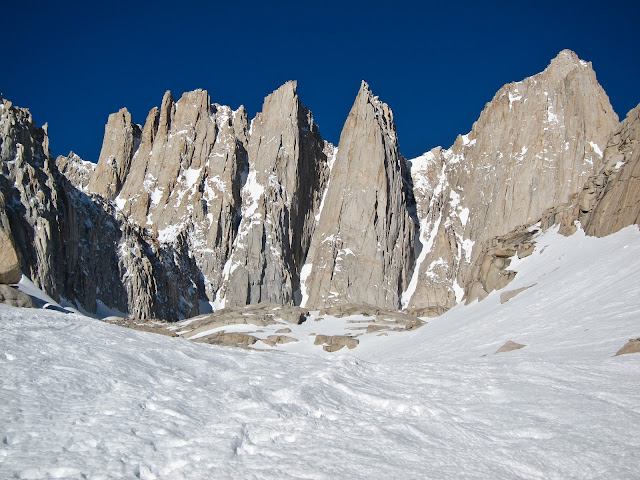 After we made it to the notch on top of the main part of the Mountaineer's route we went to the 2nd chute and headed up.  There was a nice Canadian couple in the first and we wanted to give them some room.  Turns out we found the softer, less tracked snow which made for a better exit.  Andy had the top at about 50 degrees, bad place to fall seeing as there is a rather large cliff below.  We both voiced concern.
Up top we ran into J and D. We ate, chatted, took a few pics and decided to meet up a talk about future plans once we were down.

Pretty fun turns through the top part.  A little scary, but the snow was softish which helped.
After the steep exposed top part, the rest of way down was pretty casual.  We opted to keep our skis on, maybe we're dumb.
The original plan was to head towards Russel and ski one of the southwest facing shots.  As we waited for the other guys we got pretty excited about exploring one of the gullies to the south of Whitney. 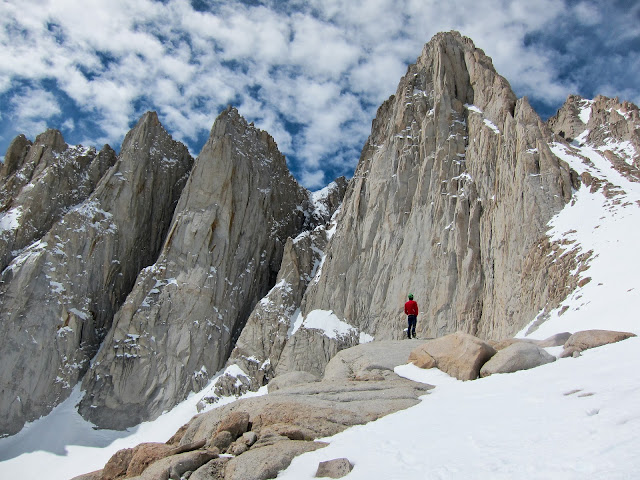 We waited for about an hour and when the guys finally made it to us we found this...
Apparently he lost both his skis during his first turn (hit rocks? bad binding?) and started cartwheeling toward the cliff band.  He fell 150-200 feet before he was able to dig his toes in and stop 30 feet or so above the cliff.  One of the skis kept going and rocketed of the cliff.  Scary.  These guys left their skins down low and since Andy and I had plenty of time we decided to go over the Whitney/Russel col and try and retrive it.  We traversed under our "2nd chute" and started poking around for the ski.  FOUND IT!
We were pretty psyched to find some booty (J's Booty), make a few friends and head to the airport Thai place in Bishop.  Day could have been a lot worse.
Posted by Jason at 11:31 AM