The Week That Was - Wyoming Randonee Roundup, Red Baldy, Kessler

Two of the three US team qualifying races happened over the past weekend.  In order to qualify for the team that goes to Verbier I would have to have two great races as I already botched the first race a few weeks ago in Crested Butte. Here is my very short/crappy acount of the weekend. 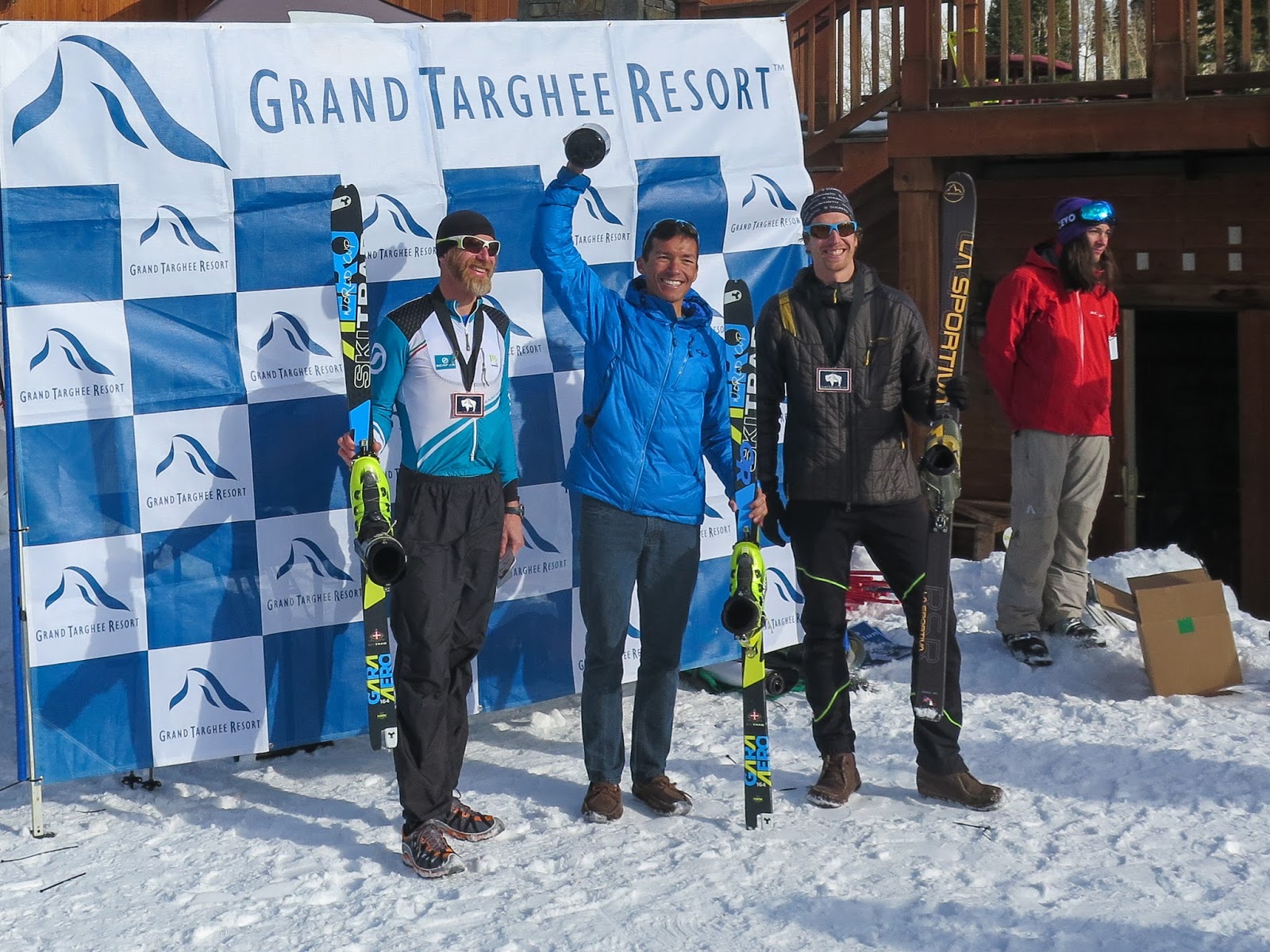 Targhee was back and forth between Tom Goth, Scott Simmons, and I until I gained a little time on the last climb and held on for the win.  Definitely a good start.

Later that night there was a single qualifying race for the US sprint team.  The top two places would get the spots.  Andy and Lars dominated!  It must be their 400m power that the rest of these endurance wienies don't have that allowed them to throw down.

The next day was the Jackson Race.  Typically this suits my strengths pretty well and I think this year was no different.  The skinning was tricky and it kept the top 5 or 6 racers fairly close.  I skied the long penultimate descent pretty well and managed to get onto the last climb with a few second lead.  Being the overconfident prick I am I figured I'd slowly pull away and hold on for the win!  I was psyched! Then I got tired.  Tom passed me with roughly 100 vertical feet to go and then Max did the same with about 15' to go.  Damn.  I had to settle for 3rd.  Tom's time gap for the day was bigger than mine the day before so he also got the overall win for the weekend.  At least the two days were good enough to earn a spot on the team!  I just booked tickets to Switzerland!
After a tough week of racing it's been nice to get a little powder skiing in.  A couple days ago Fitz Cahall (of dirtbag diaries and duct tape then beer fame) and Aidan Hailey were in town to do a little filming for Outdoor Research.  We decided to head up White Pine drainage and check out Red Baldy to see if we could find any scenery worth filming.  We did.  The entire valley was under cast and we found consistent untracked powder.  If you weren't up high on Wednesday then you missed out!

After an amazing day on Red Baldy we figured the north facing aspects were still holding amazing snow.  Lars had the morning off so he rounded up Tom, Teague, and I and we headed up Kessler to check out God's Lawnmower.  En route to the Mower we crossed above the East Couloir and couldn't resist.  Tom aired into it to find rocks and firm icy snow and for some reason Teague felt like he should do the same.

After skiing the chute we headed up the skinner to the top of the Catcher's Mitt and scrambled the ridge back to the summit.  From there we attempted to ski the Mower from the top but turned around about 100 feet down after we found nothing but sugar and rock.  Instead we opted to skirt all the rock and settle for 3000 feet of powder.  The Mower was shady so I didn't even bother taking the camera out.  Here's an instagram video Teague put up. http://instagram.com/p/x5J6-wSo8P/?modal=true